What happens when we die? The age-old question.

“Everything just goes to black” says Rick Sanchez (Rick and Morty). If so, really? Just – poof – nothing? But what happens to our soul or mind or whatever? Are we reincarnated from here?
———
Or does our soul go somewhere to reunite with loved ones and God? Will we have the ability to think? or see? or will we be on some sort of Ayahuasca trip where the entire universe is unveiled and we get to see what really is? 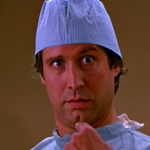